What has been left out from the script...
- Is there like a single network, which you just log on to, and there is like Shabba Ranks?
- This is not something that you log on to.
- But there is one of this thing somewhere in the cellar?
- In the cellar?
- There is one?
- But I don’t think he is asking about this.
- Can’t you make one that onto which only you and me are logged?
- Let’s see. I’ll log on to the internet. And it logs me on: where? Where is that somewhere?
- I say that it logs you on to somewhere, theoretically to the Internet.
- But is there then an another Internet somewhere?
- Theoretically there is an inbox that contains it. But then this is not it?
- If I put something on the internet and remove it later, does that remain on the Internet then?
- But where does Google read?
- It connects to your and my computer and checks if it is on the computers.
- This is bizarre, and if someone asked it once, then it remembers him.
- This is frightening.
- Then, if you unplugged every computer in the world,  there would be no Internet?
- And if only my computer would be turned on, you could use only what can be found on my computer.
- Is there a software for that?
- Hardware and graphics.
There is a box at the provider and it gets into it.
- Frankly, when your computer is turned on, and you have the Shabba Ranks on it, then all the computers in the world can see that?
- And God is up there and is terribly nervous that someone entangled the cables. For who is google? God himself.

This play is well prepared and it is not easy to keep it in tempo from the actors’ point of view. We are laughing at the boys for whom we can’t say that expenses are no consideration at all, and while the naive spactator assumes that he possesses all the information and is able to predict the following scene, at least four twists occur in the story. The events take place authorially well-considered, maintaining the tension, and they are not calculable for the spectators at all. They cannot be predicted so much, that despite the happy end and closedness, after the play we can continue to play an investigation game through the questions that had intentionally been left opened.
- Tímea Papp, revizoronline.hu

It all starts by stepping onto the stage crowded with lines of chairs (because the spectators have also been seated there), and we ask ourselves if the green armchair is also part of the play because it would be so good to drop into it instead of the visibly uncomfortable chairs. But when the production starts, men would still most likely sit around the table since beers hiss in a gentle voice, everybody is joking around, and in the meantime the guys are staring at a match on a real plasma TV. Yet at the end, all of this changes, no man wants to switch places with any of them, we are happy to sit in the uncomfortable chair, the armchair invented for puffing is no longer inviting because the spectator realizes that from the prison of their friendship, social status and environment, the boys get into an even worse, a non-optional, real prison. There is no forgiveness, a way back, no happyend, what is left is anger, disappointment, remorse, pain. It is even more desperate.
- Arnold Papp, magyarszo.com 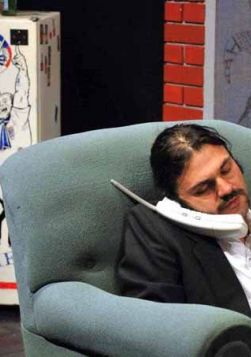 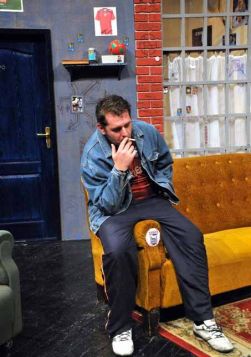 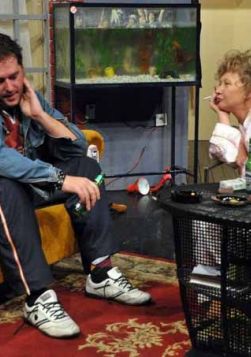 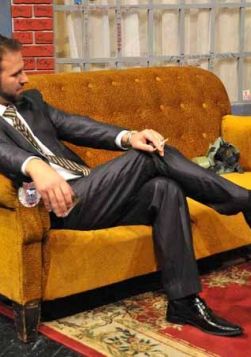 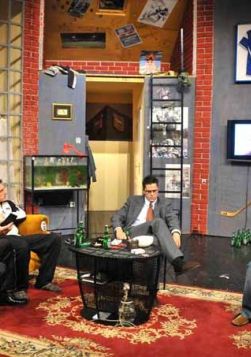 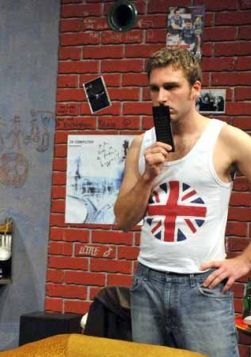 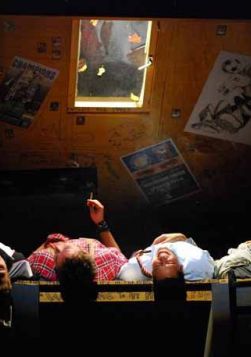 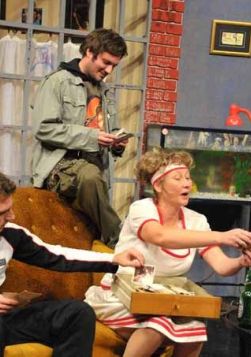 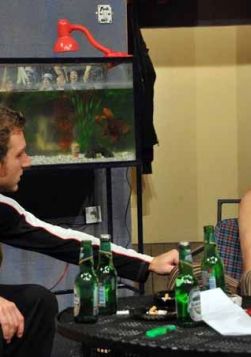 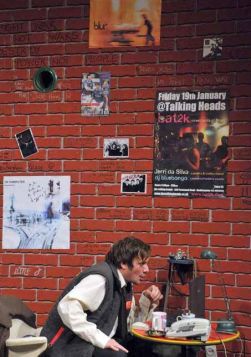 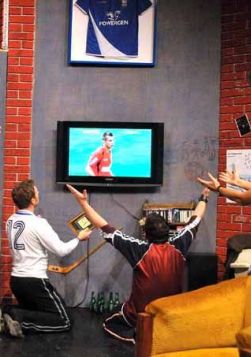 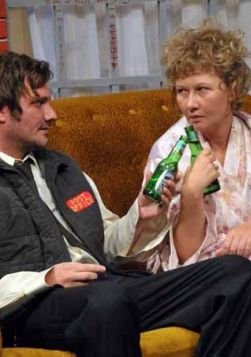 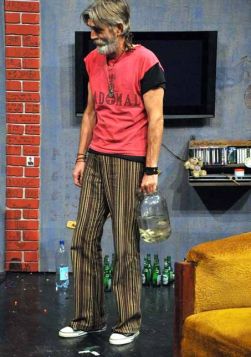 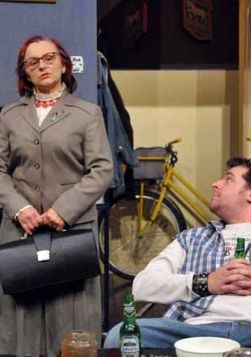 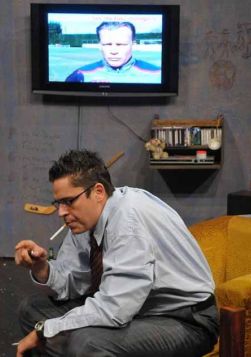 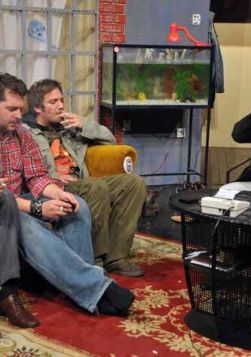 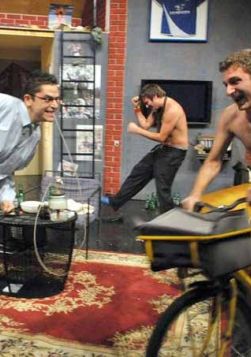 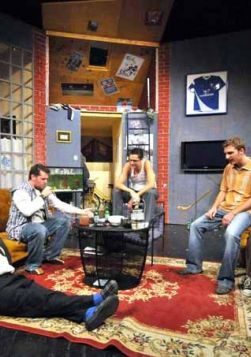 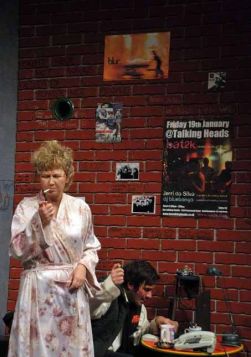 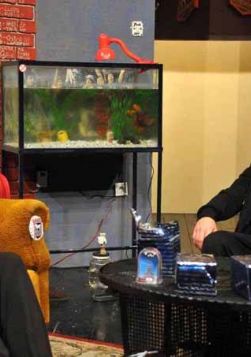 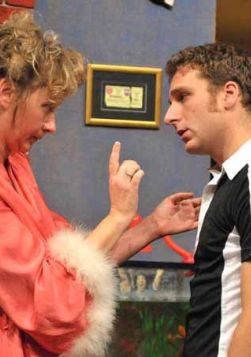