FROM THE DIRECTOR’S BIOGRAPHY:

Once upon a time, in the rocky Balkans, there was a country, over the slopes of which there was a big clearing. In the middle of this clearing lived once a little swineherd.
Not only did this little boy keep driving his herd to better and better grazings, but while the paunchy fat-guts gruntingly chomped and  made micemeat with joy from tasty morsels on the couch-grassed rampart, he chanted them songs about the beauties of life, about gentle sunrays, but also of the villainy of fate, since hard winter was coming, and at winter the farmer comes in rubber-boots with a knife, and then, their brief, happy life full of grunting, sunshine and thick couch-grass ends very quickly, with great cruelty. And the little swineherd encouraged them to flee from certain death, to flee wherever in the whole world, he would let them go. But they did not go anywhere, they just continued to devour, snorting from pleasure if they found a tasty morsel. And then the little swineheard became furious and sad, because these smelly tubs who wallow in mud and cover their fat eyes with their ears, do not listen to the heart-gripping, veracious songs¬; so he decided that if he grows up, he will attend many schools, so many to become a priest and to be able to chant similarly beautiful verses to the whole mankind that will perhaps listen to the songs, understand them and even draw a lesson, learn from them.
And the little swineheard met another little boy who had a goat herd on the same grazing. They soon became friends, and what do you know, both of them became priests, pastors known of their truthfulness, people who are sometimes ranting, and other times soft-spoken, who make human crowds laugh and cry, who entertain and teach the same. That other boy was called Lajos Soltis.

…Actually, the presentation should have to be started with the performance of Gloomy Sunday. With this production, that affects the mind and at the same time warms up the heart and soul, but men always leave the best to last. … Pálfi knows everything: to play the piano, to sing, to dance. He has an astonishing humour and can heart-grippingly be a dramatis personae. Well, that’s Seress.… Though late, but Helén arrives, too (Hermina G. Erdélyi)… This tiny woman knows everything about the craft of theatre, and her heart is so huge during acting that she is a miracle the way she is.
Source: Judit Simon, www.szinhazportal.eu

As to what Rezső Seress, a short, uneducated componist with a cracked voice, playing the piano here and there knew remains a secret and a wonder in a certain sense similarly to as what Ervin Pálfi knows. He acts out Rezső Seress for us but of course not the blunderer from Dob street who wouldn’t be able to emmigrate even to Zugló, but a global Hungarian artist through whom history cut a swathe, and who then turned bitter, and in whom the moisture of talent dried up… Hermina G. Erdélyi is an actress whose face reveals a fate. …the game of life overcomes her, she flows into natural experience that is so beautifully imprinted into the face of Hermina G. Erdélyi. Feminine strength strikes with an endless dramaticality through her girlish fragility. She is the charm of frailty and the strength of determination. We get memorable moments from the actress.
Source: Andrea Stuber, www.kisvardailapok.hu

At the 20th Festival of Hungarian Theatres Outside Hungary
the performance received the award for the BEST MUSICAL/ENTERTAINMENT PERFORMANCE,
ERVIN PÁLFI received the KisLap-award of the editorial office of Kisvárda journals for his performance in Gloomy Sunday,
HERMINA G. ERDÉLYI was given a special award, thanks to which she received a request from Róbert Alföldi, the general director of National Theatre from July 1, for the production to be made at the end of season 2008/2009.

The Hungarian Theatre Critics’ Association awarded the Gloomy Sunday performance of Subotica National Theatre with the award for the BEST MUSICAL/ENTERTAINMENT PERFORMANCE  in the season of 2007/2008. 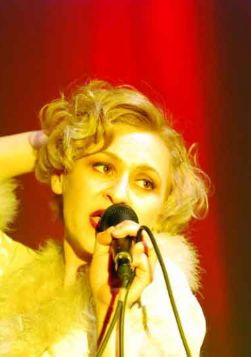 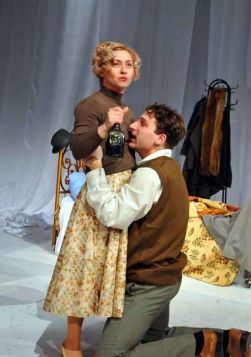 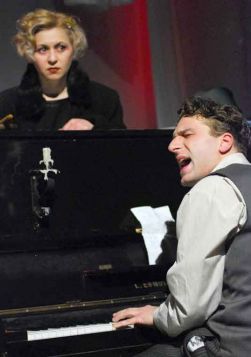 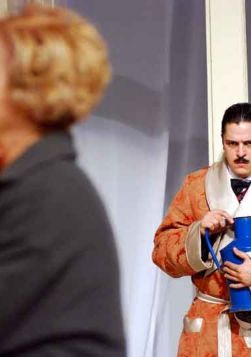 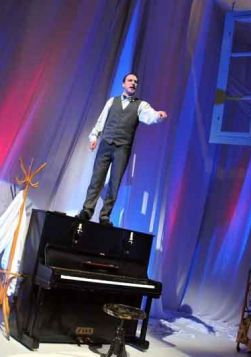 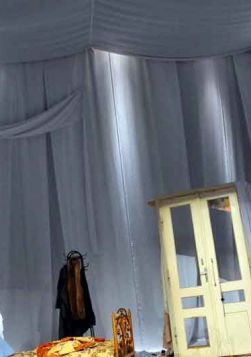 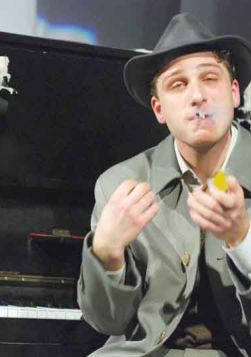 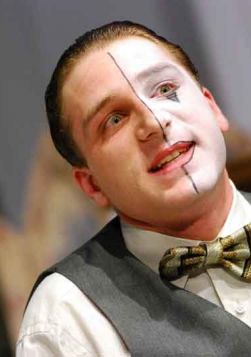 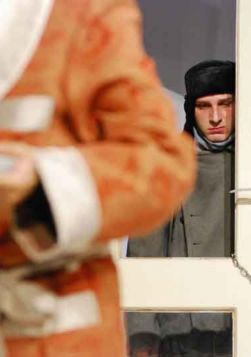 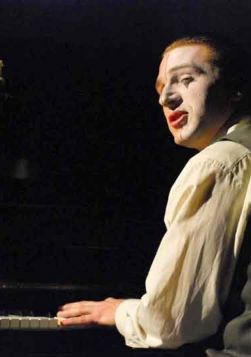 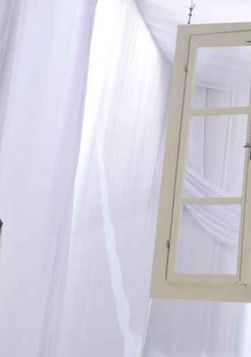 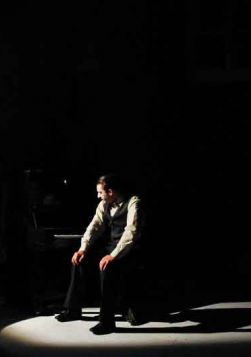 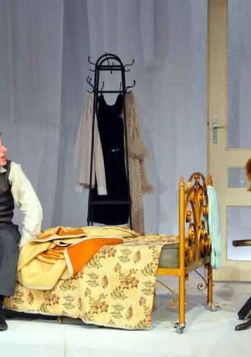 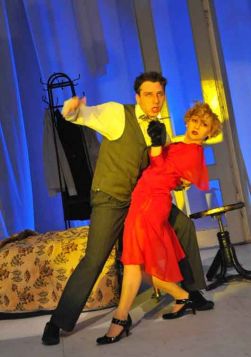 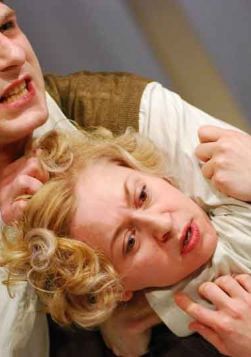 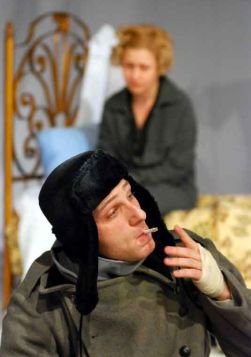 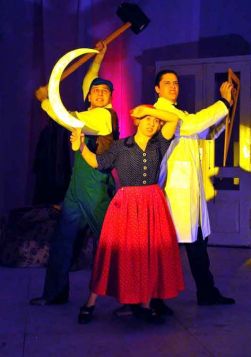 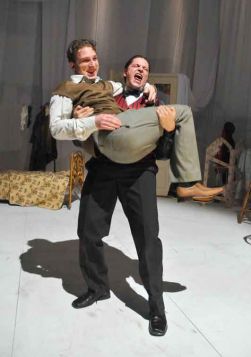 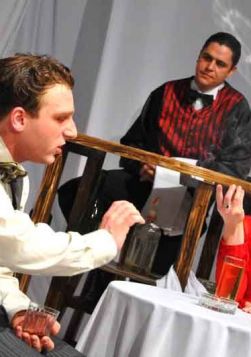 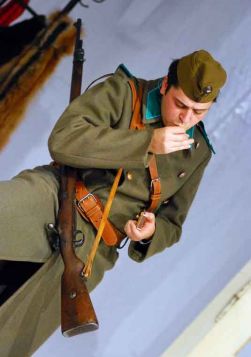 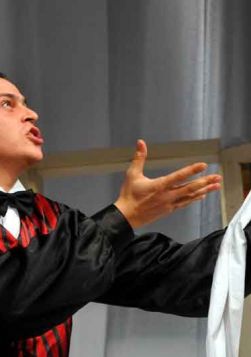 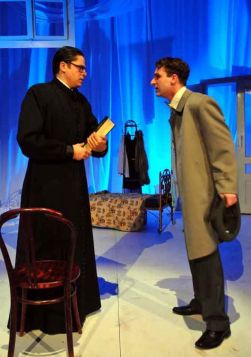 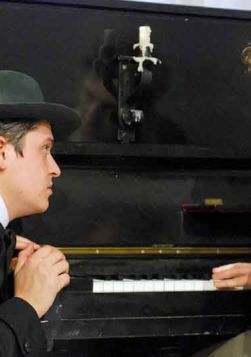 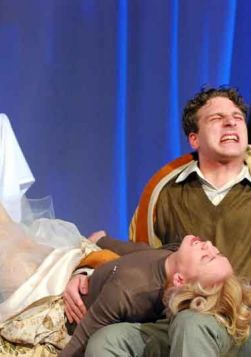 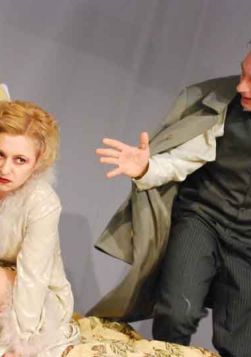